*** Translate this blog into your language! ***

TRANSLATION INSTRUCTIONS: Please use the translation feature on this blog to translate this entire site into your choice of 56 different languages. Then copy and paste this entire page (or parts desired) into another document on your computer. Then you will be able to save it and/or print it for future use.

INSTRUCTIONS: How To Translate Downloadable Documents, Books And Booklets, On This Blog Into 90 Languages
https://maryrefugeofholylove.com/about/how-to-translate-downloadable-documents-books-and-booklets-on-this-blog-into-90-languages/

Click below for a free 5-page downloadable PDF, ODT, WordDoc, and WordDocX copy of these two messages: 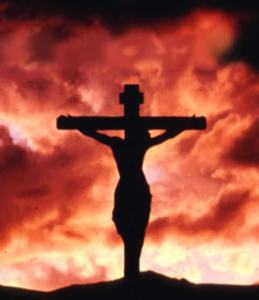 From the Book of Truth

My dearly beloved daughter, My time for more suffering will come about as My Passion on the cross will be commemorated.

No man understands the extent of My suffering during My crucifixion or the way in which I was scourged.

My scourging was the worst. I was beaten savagely by ten men and every inch of My body was slashed.

The flesh on My back was torn and My shoulder blades were visible.

I could barely stand and one eye was bruised and crushed.

I could only see through My left eye.

By the time they took Me before Pontius Pilate and placed the crown of thorns on My head I could barely stand up.

They then stripped Me bare before placing a short red garment over My head and then placed a palm branch in my right hand.

Each thorn was like a needle so sharp was it. One of these thorns also pierced My right eye which left Me barely able to see.

I lost so much blood that I vomited and was so dizzy that when I began My ascent to Calvary I could not hold the cross.

I fell so many times that it took hours before I reached the top of the hill.

I was scourged and whipped each step of the way.

My body was bloody all over and covered with a thick sweat produced by a scorching sun.

I fainted a few times.

Much as this was painful and agonising the most frightening of all was the hatred shown to Me, not just by the adults along the way, but by young children who kicked Me because they were following their parents’ example.

The screams that poured out from their mouths and the hatred was nothing compared to the fear they had of Me.

Because, behind it all, they were still not sure whether or not I was, in fact, the Messiah they were awaiting for so long.

It was easier, therefore, to hate Me, denounce Me rather than accept Me for that would have meant that they would have had to change their ways.

My most agonising moment was when I lay on the ground on My side, having being kicked in the back again, and saw My beloved Mother looking at Me.

She was heart broken and had to be held up by two of My disciples.

I could only see her through the one remaining eye and I could not bear to watch her torment.

The jeers, screams and roars from the crowds of hundreds could be felt from the ground I lay on and it took six hundred soldiers to organise and supervise the crucifixion of Myself and six others.

I was the main focus of their attention and the others did not suffer like I did.

When My wrists, at the base of My thumbs, were nailed to the cross I could no longer feel.

My body was so battered and bruised that I had gone into shock.

My shoulders were dislocated and My arms were torn out of their sockets.

The worst physical damage was inflicted on My body before I was nailed to the cross.

I let out no scream.

This infuriated My executioners who wanted a reaction to satisfy their lusts.

I never engaged with them for to do so would have meant that I would have had to engage with Satan and his demons who infested their souls.

This is why their viciousness towards Me was so intense.

I was hanging on the cross for five hours.

The sun was scorching and without clouds to help reduce the burning of My skin.

As soon as I took My last breath My Father sent forth black clouds as well as thunder and lightning.

The storm that took place was of such a frightening magnitude and so sudden that My spectators were left in no doubt at that stage that I was, indeed, the Saviour that had been sent by God the Father.

I reveal this to you My daughter as a gift to you in return for the huge act of suffering you have offered Me.

Tell My children that I do not regret My Passion on the Cross.

What I do regret is that My sacrifice has been forgotten and that so many deny that My crucifixion took place.

Many have no idea as to what I had to suffer as many of My apostles did not witness My climb to Calvary.

What hurts Me today is that so many deny Me still.

My appeal to you, My followers, is do not allow My Crucifixion to go to waste.

I died for ALL sins including those committed today.

I want and I need to save even those who deny Me even today.

My dearly beloved daughter, I reveal to you today one of the greatest mysteries of the end times.

The sequence of events leading up to the last day, is akin to My Crucifixion, which will be re-enacted in every stage, right up to the day when I will come again, to salvage the world.

When I was in the Garden of Gethsemane I was isolated, alone and grief-stricken, because very few believed that I spoke the Truth. My Love for My Father sustained Me but My Love for humanity meant, that the torment, which I endured including mental and physical torture at the hands of Satan, was accepted by Me, albeit with tremendous effort.

How I suffered in that garden. How I begged My Father for relief. How heartbroken I was when the evil one showed Me how the world would end. He taunted Me, laughed at Me, spat at Me and scoffed, when he showed Me the souls of My enemies who would, one day, tell the world that they served My Church. This was like being shown My beloved apostles, denounce Me and then pledge their allegiance to Satan. He showed Me the souls of the faithful, whose voices would be deemed to be that of radical bigots, and who would be accused of terrible crimes. I saw those who said that they represented Me, persecute the prophets, and the visionaries, as well as those who would seek their destruction. I had to endure great darkness when I saw the world which I once inhabited, become not only blind as to Who I Am but who would never have been told about Me.

I was thrown to the ground, My Face pressed into the soil, kicked, whipped and My clothes torn off by Satan. He tormented Me, beyond My human capacity and under extreme endurance of the physical body. Despite this, I was given the strength to continue to face My inevitable Crucifixion, which terrified Me. My Love for man, however, superseded My human fear.

My sacred servants, who will refuse to denounce Me, will also suffer a similar isolation. They will be disgraced and cast aside. Their isolation, will not be condemned by My Church, because fear within it.

When I was scourged, those who carried out the most cruel and vile acts upon My Body, rejoiced. I was deemed to be a wicked man, and a false prophet and so they scourged Me. They boasted of their holiness, their righteousness and their knowledge of Holy Scriptures, while they vilified My Body. They failed to accept the prophecy that their Messiah would come to save them. Those who will proclaim My Second Coming will endure the same treatment.

When they stripped Me naked, they wanted to humiliate Me further and so they dressed Me in a red rag that barely covered Me, to further desecrate My Body. But, when they plunged thorns, like needles, into My Head, they declared that the Son of Man, was an imposter and, therefore, not worthy of acceptance. They tore My Eye out of its socket but the pain was inconsequential, compared with their declaration, that I was not accepted as the Saviour of God’s children.

All of these things are to be re-enacted soon when I, Jesus Christ, as Head of My Church, will be discarded and My Crown taken away from Me. A false leader, the antichrist, will be substituted as My Head, and unlike the Sacrificial Lamb, he will wear a glittering crown of Gold. Beneath this façade will lie a rotten core, and along with the lies, falsities, blasphemies and heresies that will pour from his mouth, he will deliver everything as if it were like the honey, which pours from the honeybee’s hive. Be under no illusion, the beast will have a beautiful appearance, his voice soothing, his demeanour grand. He will be handsome and appealing but, out of his mouth, will pour venom that will poison your soul.

When I carried My Cross, I could not do this on My own. It was so heavy that I could only take one step at a time, and walk very slowly. My Body was torn in many places and because of the blood loss I fainted many times, so weak was I. I was blinded in one eye and the thorns on My Head meant that the blood, which poured from My Wounds, had to be continually wiped away by those who walked alongside Me. Otherwise, I would never have been able to take another step forward.

The same will be true of My Remnant Church, the last stable of My Body. They will march just like I did with a heavy Cross, but despite the pain, the abuse, the suffering and the bloodshed, they will endure until the end. For My Precious Blood will flow over their souls in tandem with My Own Sorrow – My Own Crucifixion. And, on the day, when they will no longer hold the daily Sacrifices of the Mass, My Presence will become extinct. When the day arrives for My Body – My Church on earth – to be finally plundered, crucified and desecrated, all will change forever.

It is My Body, My Church, while still alive in the world, which sustains life. But when it is destroyed, life, as you know it, will be over. When My Church is betrayed, sacrificed and discarded, just like My Crucifixion, this will mark the end of time.

Is There A God? Does God Exist? Who Is Jesus Christ? What Is The Gospel? (Videos And Resources)

Our Lady – Mary – Speaks To Those Who Never Heard The Gospel

Please click below to read more heavenly messages on the Life of the Blessed Virgin Mary and Our Lord, Jesus Christ:

JESUS CHRIST – YOU ARE FORGIVEN – I GIVE YOU MY MERCY
https://maryrefugeofholylove.com/the-warning-god-speaks-to-you/jesus-christ-you-are-forgiven-i-give-you-my-mercy/

JESUS CHRIST – YOU ARE LOVED BY ME AND MY FATHER
https://maryrefugeofholylove.com/the-warning-god-speaks-to-you/jesus-christ-you-are-loved-by-me-and-my-father/

JESUS CHRIST – PLEDGE YOUR ALLEGIANCE TO MY DIVINE MERCY
https://maryrefugeofholylove.com/the-warning-what-to-do-afterwards/jesus-christ-pledge-your-allegiance-to-my-divine-mercy/

GOD THE FATHER – THE INVITATION FOR ALL SOULS
https://maryrefugeofholylove.com/the-warning-god-speaks-to-you/god-the-father-the-invitation-for-all-souls/