Click below for a free downloadable 3-page PDF, ODT, and WordDoc copy of this commentary: 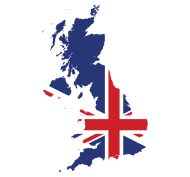 COMMENTARY:
I am telling you these things because I love you

I, “a soul”, am going to share some things with you all that might frighten some people, but I am only telling you these things, because I truly love you all. And in particular, I am addressing my blog followers who reside in England, especially, those who live in London. This is because I want each of you to have a “fighting chance” in the End Times events that will be happening soon—particularly, what may happen in the aftermath of the Great Warning (Illumination of Conscience), which is prophesied to occur sometime this Fall 2020.

My dear brothers and sisters in Christ, I do not claim to have perfect discernment of spirits and I am not familiar with all bodies of modern day prophecy. However, I am aware of enough prophecy that I am issuing this warning to those who reside in England and particularly, London, so they have time to prepare to be uprooted this Fall. Because, after the six weeks of relative peace that will follow the happening of the Great Warning, Our Lord, Jesus Christ, may call you very soon afterwards to leave for the refuges.

I say these things to you in a very somber mood, as I am very sad to share with you all that the antichrist lives in England—with a strong possibility being London. And so, in the ensuing chaos after the Great Warning, the antichrist will make his appearance on the scene to manipulate events happening. I care for your safety; and so, I tell you these things now, so you are not caught off-guard and can prepare to be led by your guardian angel to a refuge. I do not know where the refuges are in England, but the Lord has refuges located in every country in the world. So, please do not be afraid of not knowing where you will be led to. The most important thing is that you heed the call of Our Lord to leave your homes for the refuges when it happens, as you may have less than 20 minutes to avoid capture. Trust in Jesus and you will be fine.

Jesus said: “My people, this vision of the Antichrist’s home is very sinister in its appearance. This evil one has not declared himself yet, and he will only do so when I will give the word to proceed. The Antichrist will take over the European Union, and he is already living in Europe in England. You have seen his promotional representative give some sobering remarks about his powers, but I am still stronger. The Antichrist’s reign will be brief, but be prepared to go to the safety of My refuges.”

“Pray for England, the antichrist walks in its streets.”

Now, I am not 100% certain that the antichrist resides in London, but there are strong indicators leading towards this conclusion. Fifteen years ago, on June 5, 2005, the Catholic seer, Pedro Regis (http://www.pedroregis.com/en-us/mensagens), received the following message from the Blessed Virgin Mary about the antichrist:

“Dear children, pray with your heart. Don´t stray from the path I have pointed out to you. Know that humanity will live moments of great difficulties. A man with good appearance, this is the antichrist, will gain great satanic power. This evil event will happen on the feast of a great saint, he who when called by God fell from his horse and had his life transformed. I ask you to keep alive the flame of your faith. You will see horrors on earth. Many people will be seduced by the beast and marked with his sign. You belong to Christ. You should serve only Him. Don´t let yourselves be deceived. God alone is greater. Trust in Him in order to be great in the faith. Courage. Nothing nor no one can remove you from the love of God if you faithfully live as The Lord desires. Forward without fear. This is the message I give you in the name of the most Holy Trinity. Thank you for permitting me to reunite you here once more. I bless you in the name of the Father, and of the Son, and of the Holy Spirit. Amen. Stay in peace.”

Now, what is interesting about June 6th, is that this day is also a great satanic feast day, as it is the 6th day of the 6th month of the year (like Halloween). And for reasons that I cannot reveal, I do believe that on this particular Saturday, June 6th, 2020, the antichrist was given great satanic power fulfilling the prophecy given to Pedro Regis in 2005. I believe that this gift of great satanic power occurred because the antichrist will announce himself soon after the Great Warning happens this year in the Fall.

Also, on this past June 6th, several fascinating events happened in London. In particular, in the BLM riots that occurred in central London on that day, a policewoman was thrown from her horse—which may be a spiritual sign recalling the feast day of Saint Norbert and that the antichrist was gaining great satanic power that same day. This happened immediately after a sudden heavy hailstorm and thunder around 7-8pm. Also, the British media even commented that there was a sudden uptick in violent acts that day as people were making their way back to their homes.

Now, this may seem like circumstantial evidence as proof of the antichrist residing in London, but the Lord does speak to us through people, nature, and events. I cannot reveal everything that I know because it would harm people, but I do know that the antichrist is gaining more satanic power and I think that all those who follow this blog, MaryRefugeOfSouls, can agree that evil in general seems to be escalating, even exponentially, lately all over the world. Many followers of this blog have commented to me that spiritually, it feels like things are off-kilter lately and times feel very strange. No doubt much of this is rooted in the lack of public Masses in so many places in the world. Evil is gaining a decisive upper-hand, because the Catholic Church has been vacating its primary mission and duties in the spiritual war on Earth. Certainly, satan is taking advantage of this period of time given to him due to lack of faith among the Church hierarchy and people of God.

And so, I share these things, again, because I really do love each of you who follow this blog, MaryRefugeOfSouls. I do not mean to put fear in people’s hearts, but I have a certain responsibility to share what I know about the antichrist, because it would break my heart if someone got hurt or worse, due to lack of knowledge that would potentially save their lives down the line. These times are quite serious and I hope that people can see this bit of knowledge as a grace or blessing for them and their families.

God bless,
I love you,
—a soul

Important – Three Videos about Vaccines that All People, Especially Parents, Must Watch – MaryRefugeOfSouls

Article Link – Why Would Anyone Choose to Receive an Experimental COVID mRNA Injection? – MaryRefugeOfSouls

January 26, 2021 Videos – Two Must-See Expert Interviews On The Covid-19 Vaccines To Share With Others – MaryRefugeOfSouls