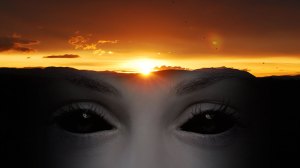 Just a short post, as I want to share A Friend of Medjugorje’s latest writing, “The Eyes of Darkness, Breaking the Darkness”, which is inspired by Our Lady of Medjugorje’s Message on March 2, 2020. It is about the Coronavirus, President Donald Trump and the Deep State. It really is exceptional and I hope that people will take the time to consider it. Below is the link.

Writing By A Friend of Medjugorje
“The Eyes of Darkness, Breaking the Darkness”:
https://www.medjugorje.com/medjugorje-today/medjugorje-headlines/the-eyes-of-darkness-breaking-the-darkness.html

Heavenly Messages
As Given to Seer, Valentina Papagna
http://valentina-sydneyseer.com.au

Australia opened its door to the devil

Referring to the recent disasters Australia experienced this summer and all the new laws passed in Australia which are offensive to God, the angel said, “Australia opened the door wide to the devil. He is now ruling in this country. Tell people to repent; there is too much sin.”

I attended Holy Mass at St Patrick’s Cathedral, Parramatta. After Holy Communion, our Lord Jesus appeared and said, “Do reparation for the sin committed last night in the city of Sydney. I Am terribly offended, and My Heart grieves.”

Jesus said, “How can My blessing come to the city of Sydney when such sin of the flesh is committed and exposed in public and which is supported by so many people. What is in front of Me, and is getting worse, is how the devil is leading people to sin and perdition. People are blind and cannot see that they are being led by the devil. I can no longer watch all these sinful acts. These same acts were committed in the times of Noah and Sodom and Gomorrah. These times are even worse than ever before. My Judgement is coming closer and closer. If My Mercy does not reach them, then I Am forced to punish them.”

I said, “Lord, it is not fair that we all have to go through this punishment because of their sins.”

Jesus said, “Fear not, trust Me. I know My people and I will look after them, but the wicked will perish. Pray for them so they may convert and that My Mercy can touch them.”

Heavenly Messages
As Given to Seer, Valentina Papagna
http://valentina-sydneyseer.com.au

During my morning prayers, the angel appeared and said to me, “Come with me, I will show you a place where this virus is being made.”

We entered a large building that appeared very clinical and was spotless. The angel took me to the laboratory where they create these viruses. I could see a few people working there. They were all dressed in white protective clothing, like spacesuits, fully covered, including the face.

Inside the laboratory, there was a bench on which the angel sat and then asked me, “Do you know where we are?”

The angel continued, “We are actually in Wuhan, in the laboratory where they created this virus and tested it.”

The angel, with his index finger, pointed down, said, “It all happened here, right here is where they created the virus.”

I stood next to the angel and exclaimed, “Oh no, this is very creepy in here.”

The angel said, “Do not worry about it. It will not touch you or affect you. Trust in the Lord for He will protect His own people.”

“I warn you that you are living now in the most dangerous times. The evil people are trying to harm God’s people by inventing all kinds of poisons and spreading them.”

“Without people knowing, they release the virus and let it spread. They then tell people they are working on a vaccine, which will take a long time. In the meantime, people die. Guard yourself with prayer to ask Jesus to protect you.”

Prophecies are coming to fulfillment

I was sitting on the lounge in my lounge room. In front of me, lying under a book on the coffee table, were some loose messages from previous years.

Our Lord said to me, “Why don’t you read some of the messages that are in front of you.”

I obeyed our Lord.

The first message I picked up was from the 26 November 2004, about the plan to destroy the world’s population using bio-weapons. As I read the message, I said to myself, ‘Oh My Lord, this is what is happening now in the world.’

Our Lord responded by saying, “At the time when I gave you the messages, you wrote them down, and then you no longer thought about them, but they are the prophecies that are coming to fulfillment now. All the viruses are made in laboratories by evil people, and then they test them on humans by scattering a little bit here and a little bit there to see how the people react. Then in no time, they spread the virus, and it becomes global.”

Jesus said, “Tell people not to blame Me for this because I warned you many years before. I always warn you and prepare you for what is coming. Be repentant and in a state of grace always. Trust in Me.”

While praying at home this morning. Our Lord Jesus appeared and said, “My children, I come to you in My love and peace to warn you of the dangerous threat and planning for you in the future. Be aware and take seriously My word that I come to you ahead of time to warn you that soon they are going to use very dangerous weapons and bio-weapons to kill and destroy the population. It will not destroy the houses only human beings in a large area, wherever they will be used. This will happen in many parts of the world.”

“My children, if you could see with My eyes you would come closer to your Saviour who loves you so much. He will protect you from your evil world. I tell you that ‘jumbo dumbo’ the devil who never sleeps but continuously plans how to destroy you, he hates good, he hates God and His people.”

“My children, pray more. Stay close to Me and My loving mother, Mary most Holy. Renew your daily consecration to Our United Hearts. That way, the evil won’t have power over you and your family. Fear not, for fear comes from the opposite direction which is evil. Have confidence in Me and I will give you peace.”

“I bless you in the name of the Father and of the Son and of the Holy Spirit. Amen.”

I said, “Thank you, Lord Jesus, for everything. Your warning and protection. My Lord, warnings are important to us, so we can ask for Your merciful love and protection in our daily lives.”

“I am the Alpha and the Omega. In Me all time began. Through Me is every grace and all strength. I never abandon any soul who lives in time. When difficulties arise, it is through Me you are led. Abandon yourselves to Me. This is the key to overcoming all fear. This is how to trust.”

“In the world, there is every reason to fear, but only if you do not ultimately trust in My Fatherly care. No good Father abandons his children – especially when they are most vulnerable. I am your perfect Father – the one most trustworthy. I allow nothing in your earthly existence that you and I cannot handle together. When we are united, you are the strongest.”

But let all who take refuge in you rejoice, let them ever sing for joy; and do defend them, that those who love your name may exult in you. For you bless the righteous, O LORD; you cover him with favor as with a shield.