For I am Michael the Archangel, the Defender of the Faith in the Church of Jesus Christ here on Earth. I am also the Protector of the Powerful Prayer Warriors who have been called to arms in these End Times to answer the call of your Father in Heaven; His Son Jesus Christ, your Redeemer; the Heavenly Mother; and all the Angels and the Saints to protect all of you from the evil one and his minions.

For your Heavenly Forces are with all of you in these End Times to protect you from the evils that are being permeated throughout the world by satan and his demonic followers. The time is at hand now for you to don your armour, for the Battle of Battles of Good versus Evil has begun.

For you have known that the evil one had successfully infiltrated your governments, your institutions, and your schools, but as the veil is lifted on these institutions, you have the power now through your leaders who are with the Lord and Saviour to correct the tide of evil in your world.

For you have known that the forces of evil are promoting anarchy, communism, fascism, and socialism, and they will be stopped through the power of your prayers and your commitment to your Lord and Saviour, Jesus Christ.

For your greatest fear should be fear itself. As you have been warned, the Communists of China pose the greatest threat to peace and security for the rest of the world. But do not allow fear from the health plague engineered by China to interfere with your mission to live your lives as Powerful Prayer Warriors in the service of Your Lord and Saviour.

For the Communists of China are minions of the evil one and are hell-bent to destroy the free world and to create their own domination and control over the peoples of the world, but they are being challenged by world leaders who are exposing the intentions of all evil entities that are instilling fear among the people to achieve their plans for world domination.

For all of you have my assurance that I am Michael the Archangel. I am the Protector of all Powerful Prayer Warriors who have been chosen by God The Father in Heaven to lead all of God’s children through these End Times.

For you shall be rewarded by your future participation in a New Heaven and a New Earth, followed by an Eternal Paradise with your Loving Lord and Creator!

“The most effective way to expose Satan’s work is to reveal it for what it is. He hides behind fear. These days, he is using the coronavirus as a means of striking fear in the heart of the world. Areas hardest hit by this disease deserve to take every precaution. However, fear is consuming the hearts of those not even affected yet. Evil is using this virus to weaken people not only physically – but also emotionally and spiritually. People now fear receiving the Holy Eucharist,* when it is a source of spiritual and emotional strength. Now is the appropriate time to embrace the sacraments even to a far greater degree than ever. Your greatest strength is not avoiding crowds, washing your hands or even a new vaccine, although these are all positive steps in attempts to remain healthy. Your greatest strength is the sacramental Eucharist which Satan is now attacking through fear.”

“Fighting this virus must not include weakening the population spiritually. Stand united and courageous in your attempts to remain spiritually strong. Church leaders take note and do not lead your flock astray in an untimely fashion.”

* See www.holylove.org/files/med_1583443279.pdf for a series of Messages given by Jesus on the Holy Eucharist – which is accomplished by a priest using the correct words of Consecration at every Mass changing bread and wine into the Real Body, Blood, Soul and Divinity of Jesus Christ by means of transubstantiation.

Have nothing to do with godless and silly myths. Train yourself in godliness; for while bodily training is of some value, godliness is of value in every way, as it holds promise for the present life and also for the life to come.

COMMENT (By a soul):
I am begging all my fellow Americans, as well as prayer warriors around the world to pray every day that the sanctity of life prevails in the halls of the U.S. Supreme Court during the next few months while this potentially landmark abortion case is decided. Every prayer, every sacrifice counts. This is such a pivotal year, being also an election year for President Donald Trump. If the U.S. finally abolishes abortion across the nation, what a turning point it would be for the world, as the U.S. could once again truly lead as the world’s most Christian nation. But, all the progress made to defeat abortion in this country could be lost if the Supreme Court takes either a weak pro-life stance or maintains the status quo, because although we hope Trump wins in November, nothing is guaranteed and all the momentum for the sanctity of life could be lost if he is not re-elected. As Papa God tells us, we only have the present moment guaranteed to us, as we live moment-by-moment in time. The past is gone, while the future is not promised to us. So, we need the Supreme Court to make a firm and righteous stance once in for all for the sanctity of life in this present moment and not reserve themselves to “potential rulings” for future cases to whittle down abortion rights. Those future cases may never come, meanwhile, in the U.S., a baby is lost to abortion every 30 seconds. That is too many unborn babies too late!

“My children, be united now in a pro-life prayer effort. Expect the abortion issue to go, once again, to your Supreme Court. Form an invisible, but effective, shield of prayer over the judges who will decide for or against this life-threatening issue. If your country* overturns this pagan law, many blessings will rest upon your nation.”

“I am present with you when you pray. Do not allow distractions to overpower your prayer effort. Within My Heart are the United Hearts of Jesus and Mary. There is no greater fortress on earth. Your prayer petitions are safe within My Heart. It is by your efforts in prayer and sacrifice the world can change. When you pray, focus on the power of My intercession. This is the way to overcome distractions which weaken your prayers.”

“Your unity in prayer is what can defeat the enemy in this issue of life within the womb and many other issues, as well.”

So if there is any encouragement in Christ, any incentive of love, any participation in the Spirit, any affection and sympathy, complete my joy by being of the same mind, having the same love, being in full accord and of one mind.

“I am your Jesus, born Incarnate.”

“Today Alanus* did many small but important favors for you. The angels are always ready to help each person, and often do. But they are most helpful when they are asked for assistance. It is then that they work silently in the background to bring about positive effects.”

“Angels do not only work in small ways but in significant ways, as well. You can pray to the angels of politicians and whole bodies of government at once. Did you know that your Congress and your Supreme Court have ruling angels over them?”

“Pray that their influence is effective.” 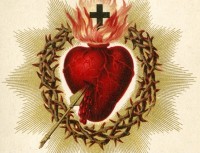 Messages from The Lord Jesus Christ to His Little Prophet of Love
https://the-little-prophet-of-love.jimdofree.com

Prayer Requests For The Little Prophet of Love
https://the-little-prophet-of-love.jimdofree.com/prayer-requests/

My child, I AM Jesus born incarnate. You have gone through a difficult time. It’s a cloud that filled you with agony. I pushed him back, back to his dungeon. Every time you wanted the truth he jumped in and spoiled it. I stopped it. It was not pleasant for Me to watch child. Place all your fears over to Me. I will take every prayer over to My Father. You have a mission. You have a job on earth. It’s My chance to place people who need prayer in your path. I AM giving you many years for this. I AM a God who has much mercy. It’s always a wonderful experience to see a soul saved.

My people need Me. Love one another. It’s a wonderful place that has so much to give you. Yes, heaven, a paradise of love. My words will give hope. Child, this little gift is suited to you. Whenever I choose a child I make sure this is the right fitting. Then I lavish My gift with love. I have waited so long to speak like this. This will happen more frequently. Part of this message can be given to My people.

I AM a God who loves everyone.

This is My love to you, thank you My little one.

The Scapular of Benediction and Protection – The “Purple Scapular”

Commentary – “Will Protestants (and other non-Catholics) be allowed to enter the refuges?”

Garabandal, Only God Knows DVD on sale in the USA, SPAIN AND ALL OF LATIN AMERICA!

*** Jesus Christ (Isa ibn Maryam) – I Will Forgive Muslims – Islam Jihad Believers, I Give You My Mercy